A recycling industry in the Midlands required a feeding system where they could dispose of donated animal bedding that is contaminated with animal droppings, paper cardboard, plastic cups, animal toys and other undesirable items.

Landfill charges for this kind of waste can be in excess of £50 per 100kg therefore Pets at Home needed a solution.

The design and layout of the plant were developed following trials and demonstrations at Gough’s Stoke on Trent facility concluded by a team of engineers from Pets at Home, Nicholls Air Systems and Gough Engineering. The outcome was a Vibratory Feeder, screening and conveying process followed by a vacuumed air separation hood.

The waste enters a Gough receiving Hopper to accommodate two bags of 10 m³, it is then fed into two Heavy Duty Linear Vibratory Feeders that convey the wood chips contaminated with small pieces of animal waste, card, plastic, wood etc at a rate of 1300kgs per hour.

The waste is screened along the Feeders and the heavy undesirable items fall into a collection bin to be disposed of, whilst the lighter recyclable hay and sawdust is sucked and blown by the ‘Air Knife’ separation vacuum, as supplied by Nicholls Air Systems, into a 14 metre sealed road wagon to be sent off for recycling. 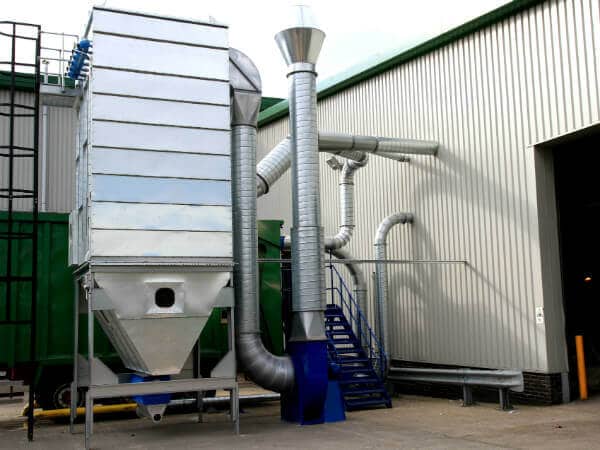 The client’s distribution centre processes 120 pallets a day on a 24-hour cycle, which equals over 50,000kgs per day being screened and recycled. The result of the scheme has saved the company tens of thousands of pounds in waste collection costs and consequently the company have received a nomination for the Top Recycling Awards 2010 for doubling its recycling rate to over 70%. 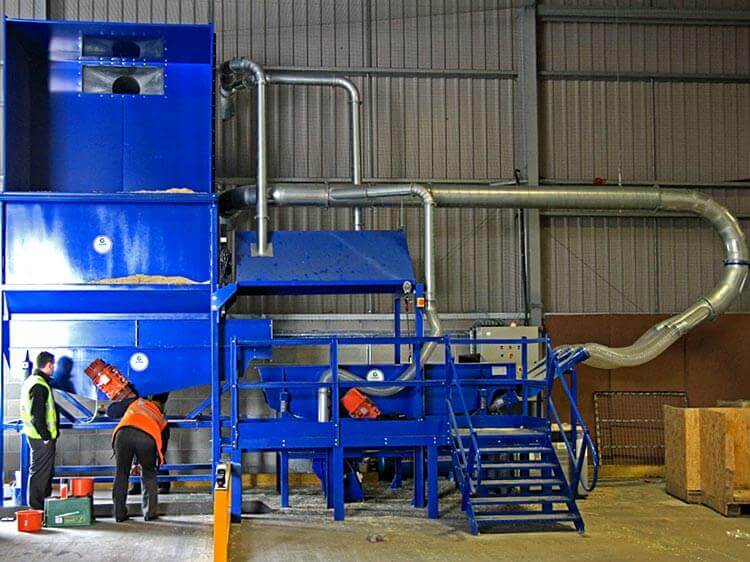 Contact our team of highly skilled engineers to discuss your custom requirements today. .

Call our team of highly skilled engineers to discuss your requirements on 01782 493110 or fill out our online enquiry form.